Reflecting its political and philosophical diversity, the 4, member Society rarely takes positions on issues of international law. Panels at its meetings are deliberately framed to present contrasting views. 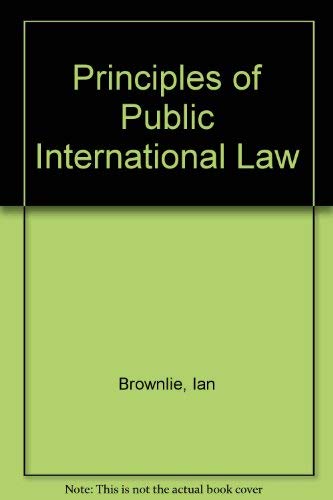 The Society's Executive Council on which I sit includes current and former State Department lawyers, as well as others not prone to public criticism of the United States. Reflecting its political and philosophical diversity, the 4, member Society rarely takes positions on issues of international law.

Its scholarly journal eschews editorials. However, there have been a handful of exceptions in the 60 years since World War II.

The most recent occurred on March 30, when the Society adopted a seven-point resolution at its Centennial meeting. On the surface, the resolution is a neutral statement of principles of international law. It does not mention the United States by name. That is as it should be. The principles bind all countries, and the U.

Still, the resolution would never have been presented, let alone adopted, unless it were widely understood by members of the Society as an implicit rebuke of the White House tendency despite State Department qualms to ride roughshod over some of the most basic principles of international law.

The principles cover use of force, war crimes, torture and other mistreatment of prisoners, arbitrary detention, command responsibility, and adherence to international law. Resort to armed force is governed by the Charter of the United Nations and other international law.

Armed conflict and occupation are governed by the Geneva Conventions. International law standards for treatment of prisoners apply to all branches of governments, to their agents, and to combatants. Neither the CIA nor private contractors are exempt from rules against torture and mistreatment. Nor, for that matter, are Al Qaeda and other terrorist groups who kidnap and behead people in Iraq and Afghanistan.

In some circumstances, both military and civilian commanders are personally responsible for acts of their subordinates. All states should maintain security and liberty in a manner consistent with their international law obligations.

In its zeal to safeguard American security and liberty, the Administration tramples on fundamental rules of international law.

Other members of the Society may read the implicit messages differently than I do. Still others may insist, with a straight face, that these principles are no more than bland statements of law, aimed at no one in particular. Such is the diversity of views within the Society.

Even so, the bottom line is clear. If not for widespread concern that Administration disregard of international law is nothing short of alarming, no consensus would ever have moved the Society to issue one of its rare pronouncements on international law.

If the Administration cannot persuade even this scholarly debating society to stand mute, our government can hardly convince the rest of the world to take seriously its pretensions to respect the rule of law. Stay up-to-date with the latest news, stories and insider events.

Please enter a valid email address Oops, something went wrong!The sixth edition of Ian Brownlie's comprehensive and authoritative textbook has been thoroughly revised and updated to take into account all changes in the field of public international law since A new chapter on the Use of Force has been added and further discussion of the Environment/5.

Stay up-to-date with the latest news, stories and insider events.

Question: “Law will never really play an effective part in international relations until it can annex to its own sphere some of the matters which at.

International law is the set of rules generally regarded and accepted as binding in relations between states and between nations.

It serves as a framework for the practice of stable and organized international relations.